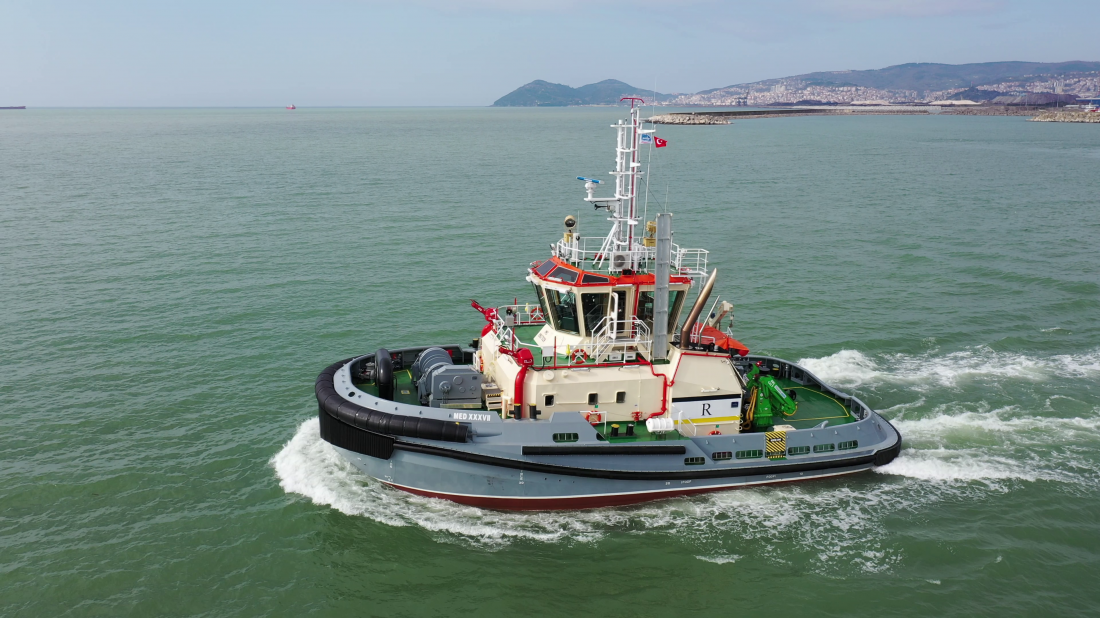 Med Marine proudly announces the delivery to Spanish tug operator Remolques Gijoneses for a MED-A2575 series tug. The announced contract was remotely signed by both parties on the 27th of October, 2020.

MED-A2575 is one of the most preferred series in Med Marine’s portfolio. The company successfully built and delivered 8 units of this series with different bollard pulls (60 TBP-70 TBP-75TBP). Med Marine also operates these series tugs in its national fleet and has a good grasp of the series’ qualifications in terms of the operational aspect.

The delivery has completed in Apr. 2021, MED-A2575 model tug (Hull Name: EREGLI 78) will be operated for the company’s Gijón operations.

Remolques Gijoneses, S.A., shipowner of tugboats, is the subsidiary company granted with a license to operate in the Port of Gijón. Its core activity is to provide towage services at the port, even though it also operates in the high seas and provides rescue, salvage and fire fighting services. Remolques Gijoneses, S.A. has been granted a concession to operate an industrial unit which includes a workshop, warehouse and offices in said port.