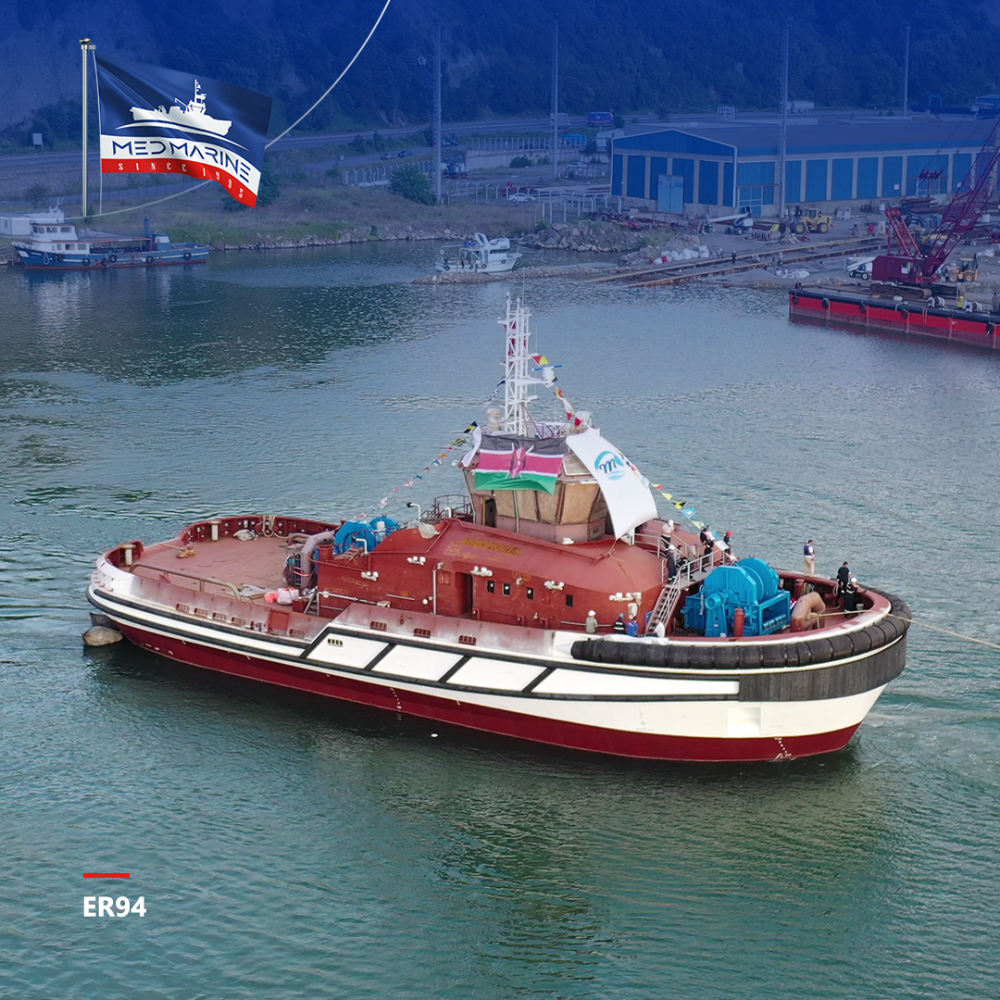 Med Marine, the leading Turkish shipbuilder and operator, has successfully launched its brand-new tugboat, RAstar 4200 (MED-A42120). The tugboat is being built by at its group-owned Ereğli Shipyard. The RAstar series, designed by Robert Allan, is a unique class of very high-performance ASD tug.

The state-of-the-art vessel (HULL NAME: EREGLI94) will be a vital addition to East Africa’s largest port of Mombasa and is part of the Kenya Ports Authority’s modernisation and maintenance programme that aims to enhance efficiency and safety at sea.

“The launching of our ER94 vessel, which is the longest, widest and deepest tug boat project ever built in our shipyard by now, has made us really proud. We will continue our efforts to complete the sea trials as soon as possible to deliver the state of the art vessel. We also thank all our employees and solution partners for their dedication and hard work on this project.”

The RAstar 4200 (MED-A42120) will join the KPA fleet of tugboats and will be available for salvage and harbour operations. Equipped with excellent manoeuvrability and packing a hefty 120 tonnes of bollard pull, the vessel will deliver enhanced ship-handling and coastal towing performances. The vessel will be constructed and equipped according to SOLAS requirements.

Established in January 1978 under an Act of Parliament, KPA is mandated to manage and operate the Port of Mombasa and all scheduled seaports along Kenya’s coastline that include Lamu, Malindi, Kilifi, Mtwapa, Kiunga, Shimoni, Funzi and Vanga. In addition, the Authority manages Inland Waterways as well as Inland Container Depots at Embakasi, Eldoret and Kisumu.

The Port of Mombasa is the gateway to East and Central Africa,and is one of the busiest Ports along the East African coastline. The Port provides direct connectivity to over 80 Ports worldwide and is linked to a vast hinterland comprising Uganda, Rwanda, Burundi, Eastern Democratic Republic of Congo, Northern Tanzania, Southern Sudan, Somalia and Ethiopia by road. A railway line also runs from the Port to Uganda and Tanzania.