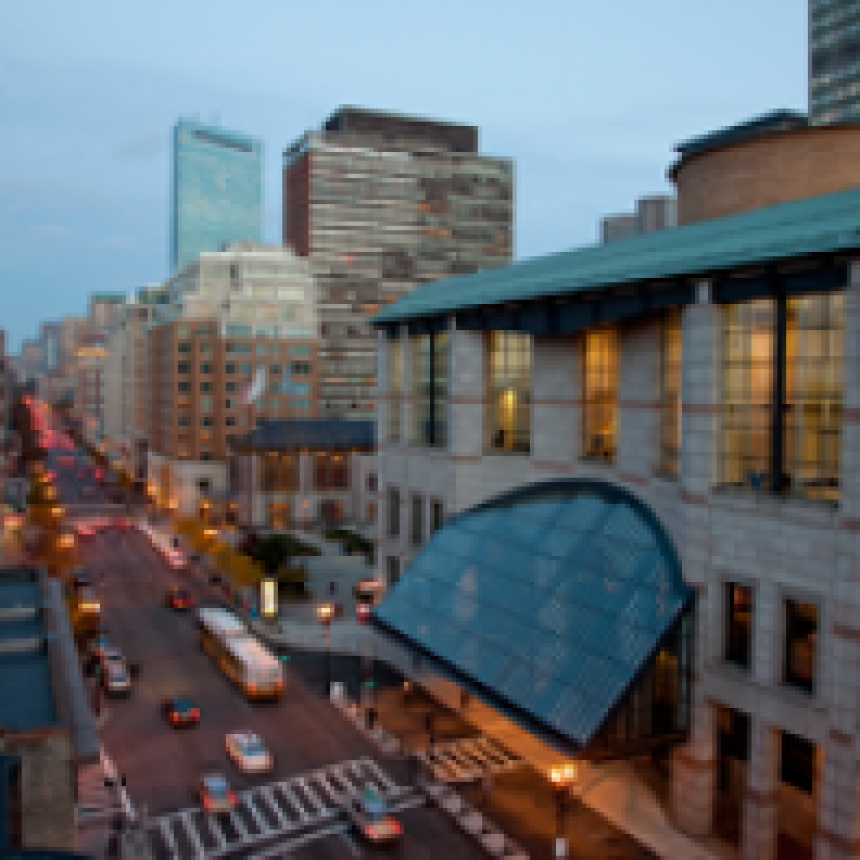 The need to improve standards of safety within the tug industry was the major recurring theme of the 24th International Tug, Salvage & OSV Convention (ITS), held in Boston between 23 and 27 May 2016.

Delegates were welcomed by The ABR Company chairman Allan Brunton-Reed who said: "Once again we have a very impressive attendance with delegates and exhibitors coming from all corners of the globe."

The opening keynote address was delivered by American Waterways Operators' president and CEO, Tom Allegretti, who also gave the inaugural address in Seattle in 1996. ITS last visited the United States in 2004 when the event was held in Miami.

In Boston, he said: "Our industry's safety journey over the past quarter-century has been nothing short of remarkable. We are a better, safer industry with a dramatically reduced environmental footprint. Coast Guard casualty statistics testify to this fact, showing significant, measurable declines across the whole array of safety metrics: crew fatalities, personal injuries, oil spills and vessel casualties."

Along with various aspects of safety and upcoming environmental legislation, papers presented at the event focused on technical innovations, best practice, lessons learned and inspirational ideas and thoughts on what are likely to be momentous changes in the tug, salvage and offshore sectors in the not-too-distant future - all against a continuing backdrop of an extremely tough economic climate.

At ITS 2014 in Hamburg, the programme included a one-to-one Q&A session between conference chairman Mike Allen and Costa Concordia salvage master Nick Sloane. The format proved extremely popular and so, at ITS 2016, there was a similar high-profile exchange between Mike and Todd Busch, senior vice president and general manager, technical services, Crowley Maritime Corporation. Busch is also chairman of the board at newly-formed Ardent.

"At the convention, there was a diversified group of people from all parts of the world, in a wide variety of the tug and offshore/salvage environments. Getting to network with some of the delegates was an experience you could not achieve anywhere else but at this conference."
Craig Williams, Riverside Marine

"Without doubt, attending ITS is an important strategic undertaking that has always proven a wise choice."
Capt Arie Nygh, SeaWays Consultants

There were more than 100 stands from more than 40 countries in the exhibition area where companies displayed state-of-the-art technologies and designs and took the opportunity to showcase a diverse range of products to the top-level decision-makers and industry leaders attending the event.

As at previous ITS events, companies chose to use the exhibition hall to make significant announcements about business developments and contracts.

Maritime training company SeaWays and classification society ClassNK toasted their new partnership with champagne when they announced that ClassNK was in the process of assessing, with a view to certifying, SeaWays training programmes - the first such classification aimed at setting high-level standards of safety and technical skills which both organisations are hoping will be mirrored throughout the industry.

Capt Naoki Saito, manager of ClassNK's certification service planning department, said: "With this co-operation in tug master training, we are looking to further contribute to the safety of tug and salvage operations."

Neil Sadler, contract director of SeaWays Europe, said: "We believe that bespoke training is necessary for different classes of vessel. With high-powered tugs you cannot be complacent about competence. That is why we have decided to work towards making things safer."

Caterpillar Marine and Svitzer Europe signed a contract at ITS that will see Caterpillar using state-of-the-art technology to monitor data from Svitzer's entire European fleet to maximise operational efficiency and spot any need for mechanical adjustments before they become a more major and more costly problem.

Rob Bradenham, global sales and business manager, Caterpillar Marine Asset Intelligence, said: "Asset intelligence is harnessing technology and services for using data from different systems on board to help owners and operators get more out of assets, avoid downtime and decrease operating costs. We can identify issues before they become a big problem. We also help owners understand how their vessels are being operated to enable them to utilise their entire fleet in an optimum way. A modern diesel engine, for example, may have around 100 sensors on it.

"We collect data from the sensors attached to engines, generators and propulsion units - everything from gas turbines to simple pumps. We focus on tailoring implementation to individual vessel types.

"We're working with Svitzer Europe to figure out how it can incorporate this knowledge into its business. It's not all about technology, it is also about how vessels are operated by their crew. We have senior-level buy in and will work with both on board crews and on shore tech' teams.

"In the past those on board may have thought that there was a problem developing, but would have to wait for on shore support. Now both can have instant access to information about how the vessel is performing."

"I thoroughly enjoyed the papers' content and presentation and the social side was fantastic."
Kent Stewart, Maritime Contractors.

"It was a good opportunity to understand trends and concerns in the industry and to network with many key players."
Corey Parker, Caterpillar Marine.

The ABR Company is grateful to the generous sponsors who helped make ITS 2016 Boston such a special event. Samson sponsored the delegate bags and registration as visitors arrived.

Uzmar sponsored the delegate and exhibitor lunches throughout the event, and Armon hosted Happy Hour in the exhibition hall at the close of the first day of the event.

Cashman Equipment hosted a quintessentially Boston evening at the House of Blues, which included the chance for delegates to enjoy a large slice of Americana at a Red Sox baseball game at the iconic Fenway Park stadium.

The conference's formal business sessions ended on the afternoon of Thursday 26 May, but the social calendar continued that evening with the hugely popular Gala Dinner, a sumptuous four-course meal followed by dancing until midnight, sponsored by Caterpillar.

The Shipowners' Club and Sanmar were joint sponsors of the next day's boat tour taking in the historic sights of Boston Harbour, including a visit to Luna, the last surviving, full-sized, wooden ship-docking tug on the US Gulf and Atlantic coasts.

"It was a great choice of venue and had the usual attention to detail from ABR, good networking opportunities, good food and social arrangements."
Nigel Hartley, British Marine

"ITS remains the prime event to meet and mingle with people within the industry."
Richard Janssen, SMIT Salvage

After such a positive response to ITS 2016, there is already much eager anticipation about the ITS 2018 convention, and planning for that event is already underway.

"This is the show to beat!"
Kim Cleggett, IMS