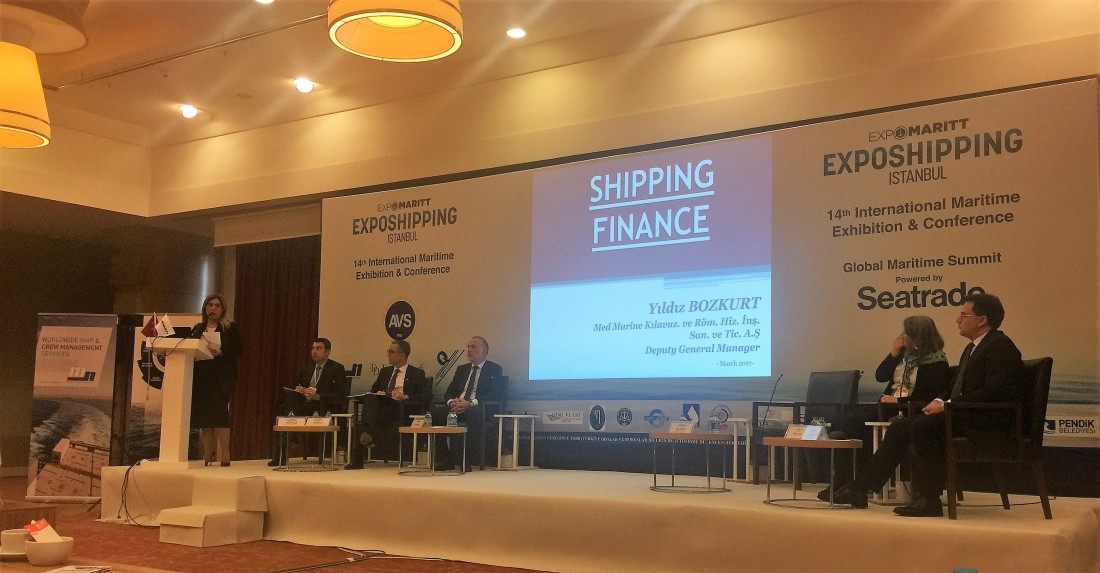 On the second day of 14th International Maritime Exhibition & Conference, Seatrade’s Global Summit took place. Topics includig global trends of the shipping market, current situation of the maritime sector worldwide/in Turkey, the economical situaion of the maritime industry, environmental regulations were discussed by the leading industry players from all around the world.

Yildiz Bozkurt was one of the five speakers leading the last session, which was called “Finance and Maritime Sector”. Mrs. Bozkurt addressed to the current state of ship finance compared to the times before 2008 crisis mentioning current market trends, private equity as a source of growth, government subsidies and so on. She also referred to the damaged relationship between the sector and the banks after 2008, and proposed solutions in order to strengthen the bonds between two industries.