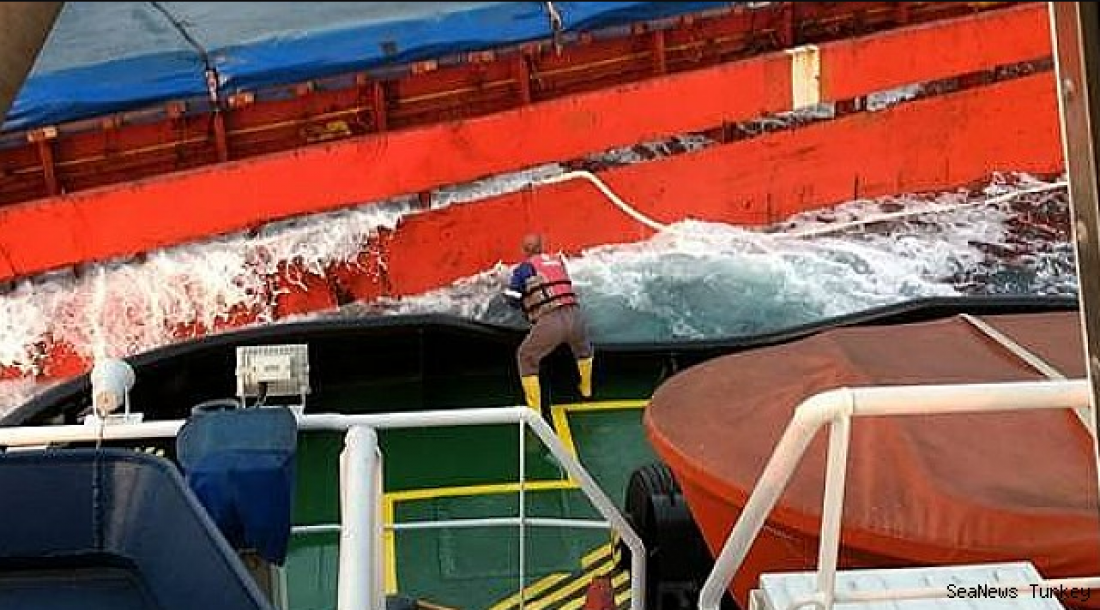 M/V Ikra, a Turkish-Flagged, 83 Meters long freighter which started to take in water in the Gulf of Iskenderun towed to safety by Med Marine. Med Marine provides pilotage and towage services in the region.

Around 15:50 on 18 August 2017, the IKRA sent out a mayday call, which was received by Med Marine Iskenderun emergency response station.

The M / V IKRA had departed from the Iskenderun MMK Metallurgical Port on 18.08.2017 with a total of 3230 mt in 159 steel bales. Soon afterwards, Med Marine Iskenderun emergency response team, establishing a radio connection with the ship, received the mayday call and launched the fast rescue boat to the casualty area.

As of 16:45, the fast rescue boat arrived to the accident site and after boarding to M/V Ikra, rescued 10 crew members from the sinking ship and transferred them ashore.

During this time, it was observed that the machine room of the ship was getting water and there was a danger of sinking. A Med Marine tug, named M/ Tug Ekinciler with a 68 Ton bollard pull, was then routed to the ship.

At 17:10 the tug Ekinciler arrived to the scene and started towing the ship to port. After the necessary negotiations, the ship's towing duty was transferred to harbour tugs; Poliport M, Dilovası 8 and Dilovası 9, which are also Med Marine tugs and at 20:30 the group arrived in front of MMK Metallurgy Port.

The ship was docked at the port of MMK with Med Marine pilot and salvage master onboard. The ship was intentionally set aground at 22:20 to prevent her from sinking (safe grounding).