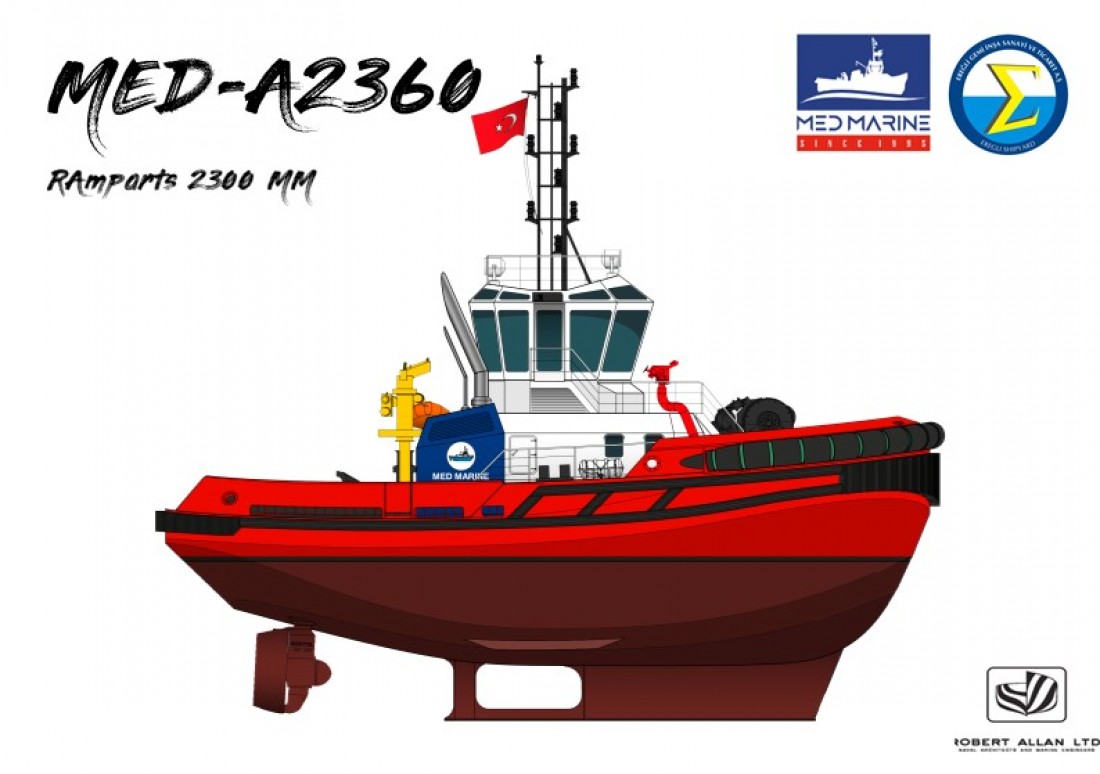 Med Marine and Abu Dhabi Ports have signed a contract for a MED-A2360 series tugboat to meet the growing service requirements of Khalifa Port and its clients.

The vessel is a Ramparts 2300-MM / 60 TBP tug, designed by Robert Allan Ltd exclusively for Med Marine. The tug was chosen by Abu Dhabi Ports for its versatile, multi-purpose, compact ASD design, which features efficient ship-handling, coastal towing and other general purpose towing capabilities. Delivery of the tug is set for November 2019. Last month, her sister tug was sent off to Puerto Quetzal for Saam’s Guatemala operations.

Med Marine has built 6 units of the same design with 50 Tug Bollard Pull (TBP), some of which were recently sold while others are part of Med Marine’s own fleet. A 360-degree virtual tour of 50TBP version of the same design, 2350 ASD tugboat, can be viewed at: https://medmarine.com.tr/tour/med26/index.html

The tug’s specifications include:

Med Marine is a Turkish shipbuilder and leading tugboat operator. The firm employs Eregli Shipyard, one of the largest shipyards in Turkey, to build its state-of-the-art tugboats and Stainless Steel (STST) IMO II type chemical/oil tankers, either for its own operations or clients around the world.

The company has successfully completed the construction and delivery of more than 140 projects, including tugboats, chemical/oil tankers, mooring and pilot boats.

Headquartered in Abu Dhabi, the capital of the United Arab Emirates, Abu Dhabi Ports owns, manages and operates 11 ports and terminals in the UAE and Guinea, as well as the trade and logistics hub Khalifa Industrial Zone Abu Dhabi (KIZAD). Its flagship port “Khalifa Port” was the first semi-automated container port in the GCC region.