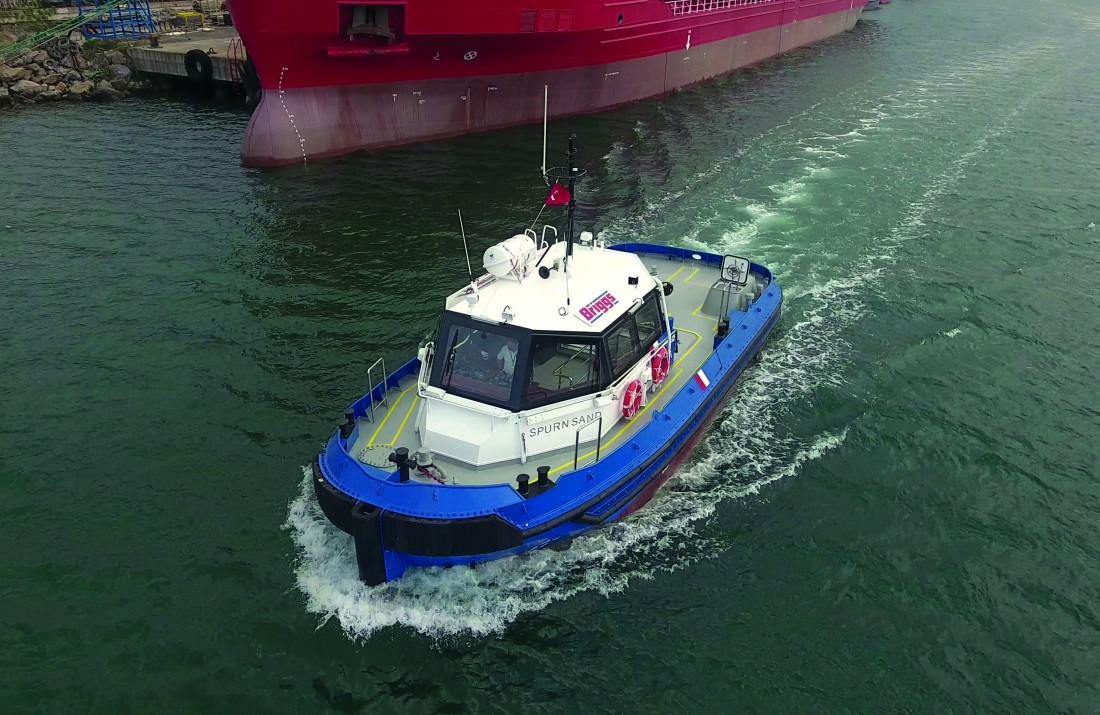 Having signed a deal with Briggs Marine and Environmental Services in January 2019, Med Marine built a 14m line handling boat for the company at its Ereğli Shipyard. Leading Turkish tugboat operator and shipbuilder Med Marine delivered the vessel in November and she will operate in the Humber Estuary, UK.

Briggs Marine has over 40 years’ experience in coastal, nearshore and offshore operations.  Briggs also supply and train personnel, deal with pollution and oil spills, operate as an environmental consultancy. The line handling boat built and delivered by Med Marine will be a great support for the company’s multiple operations.

Barry Rees, General Manager, from Briggs mentioned that they were very satisfied with the vessel and working with Med Marine.

She has following particulars: