Successful Delivery of MED-A2360 Model Tug to its Turkish Operator 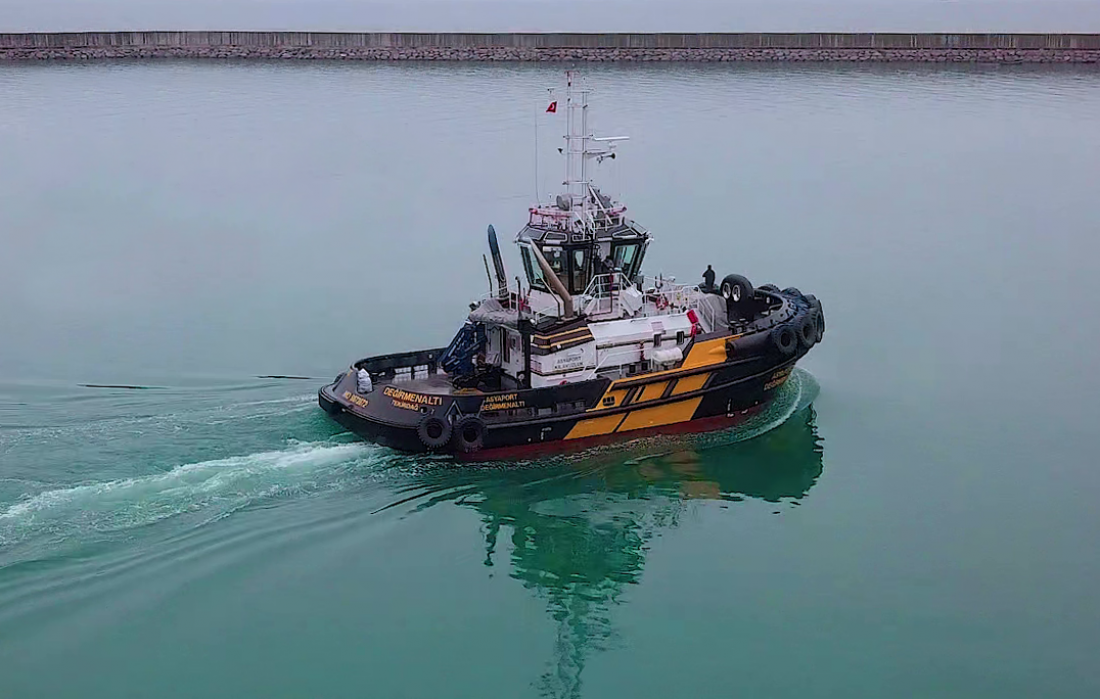 Having signed the contract on December 31st, 2019; Med Marine delivered Asya Port’s new member, “ASYAPORT DEĞİRMENALTI”, to its owner in Tekirdağ where she will be operated.

A virtual reality experience is available on Med Marine’s web page which provides details about the design and tugboat.

(Link to the virtual tour: https://medmarine.com.tr/tour/med26/ind.ex.html)

Med Marine is a leading Turkish shipbuilder and leading tugboat operator. The firm employs Eregli Shipyard, one of the largest shipyards in Turkey with its 162.000 sqm area and 220 L x 38 W mtrs slipway capacity, to build its state-of-the-art tugboats and Stainless Steel (STST) IMO II type chemical/oil tankers, either for its own operations or clients around the world. The shipyard is constantly being improved with advanced production standards by keeping up with latest health, safety and environmental regulations.

Med Marine has successfully completed the construction and delivery of almost 200 projects, including tugboats, chemical/oil tankers, mooring and pilot boats.

Asyaport which is the first Transhipment Container Terminal ( Hub Port ) of Turkey having a draft up to 18 m, 2000 m total quay length in the position of a world-scale port with its capacity up to 2.5 million TEU. Asyaport, developing as a logistic centre, will provide significant contribution to business life of Tekirdağ with 1200 direct employment.