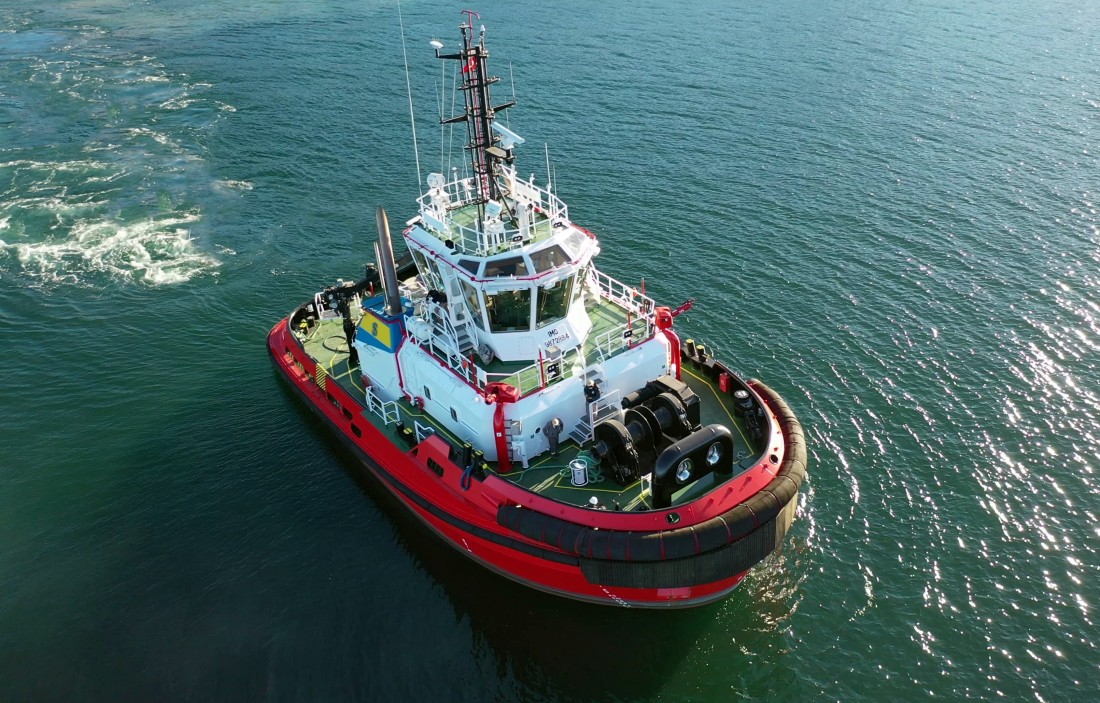 She has been named as GORDO and she will soon commence her operations in Sicily.

MED-2575 model belongs to RAmparts 2500W design series by Robert Allan Ltd. and it is the one of the most versatile ASD tug design for ship-handling, coastal towing, general purpose or escort duties. After being in the sector for more than 25 years as an operator and builder, Med Marine shared its own expertise knowledge input to Robert Allan during the design stage of MED-A2575.

Somat S.p.A. is the licensee of the towage services in the ports of west Sicily. The tugboat fleet of the company also provides efficient assistance services to ships carrying flammable or polluting materials, thanks to a wide range of fire-fighting systems and equipment suitable for the immediate recovery of pollutants that may be discharged at sea.

Somat S.p.A. offers towage service and assistance to the vessels calling Oil & Gas terminal in Italy and abroad, including among its customers some of the most important operators of the market.