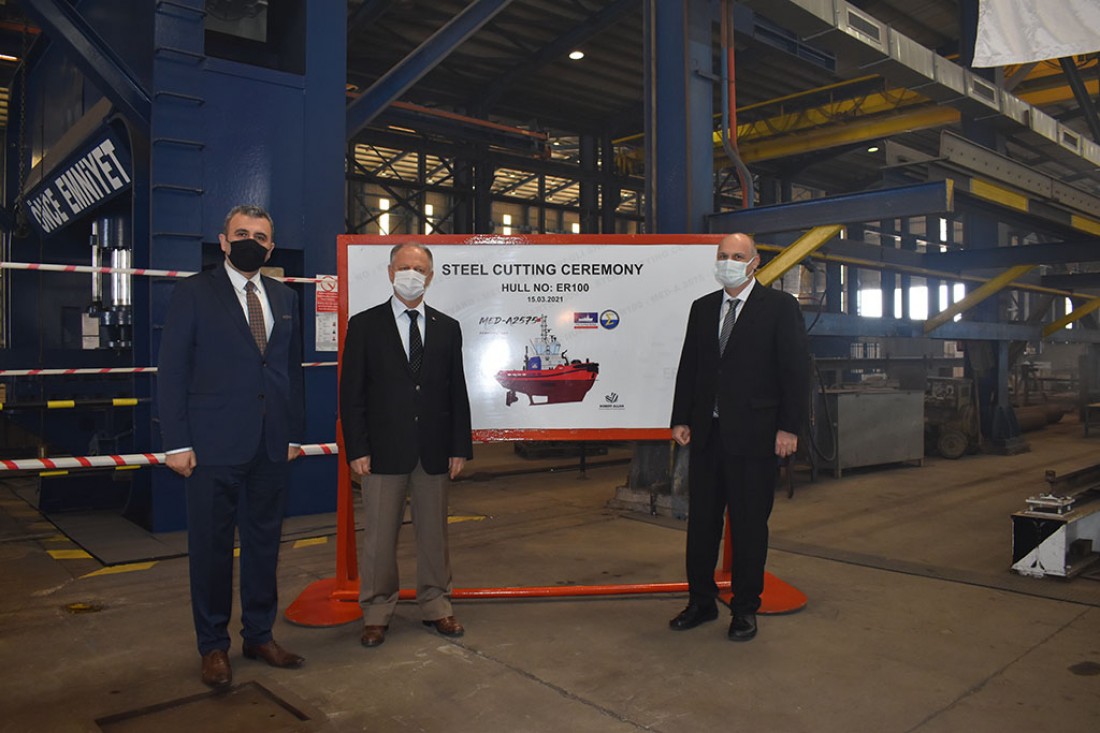 Ereğli Shipyard, that was built by Med Marine in 2004 and has been operating in Karadeniz Ereğli since 2006, took the first step to build their 100th tugboat.

Ereğli Ship Inc., which builds the tugs uses with their own shipyard; has successfully completed the construction and deliveries of nearly 200 projects, including tugboats, chemical / oil tankers, mooring and pilot boats.

It is planned to equip the ER100 ASD tug of 25 meters with 75 tons of bollard pull power with high technology, as the previous tugs.