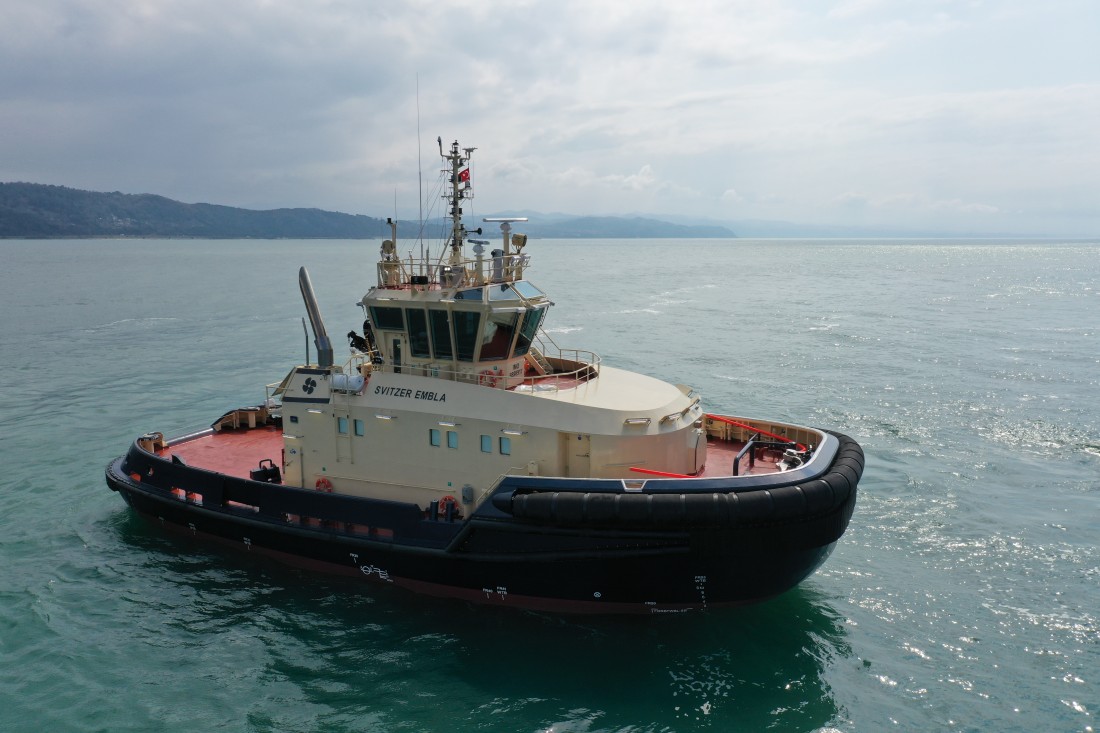 30m 60TBP ASD tugboat, Svitzer Embla has built and delivered by Med Marine, leading Turkish shipbuilder and operator, at its group-owned Ereğli Shipyard. The vessel was successfully delivered in Ereğli Shipyard on March 29th, 2021. First vessel of the series, Eregli 84 was launched on November 20th, 2020.

The vessel is a TundRA 3000 / MED-A3060-ICE class tugboat designed by Robert Allan Ltd. The tug will be operated by Svitzer A/S. She is set to be delivered to Svitzer A/S in April 2021.

TundRA 3000 / MED-A3060-ICE design is made for tugs operating in extreme winter conditions, which makes it a great fit for Svitzer’s North European fleet. High-quality and well-designed vessels have some distinctive features compared to other 20 different designs offered in Med Marine’s tugboat portfolio. In this project for Svitzer, the winch is capable to operate over the stern as well via trunk running through the deckhouse. It is also located in an enclosed area to achieve perfect performance even in severe cold weather conditions. Once delivered, the vessels will operate across Scandinavia, predominantly serving ports in Denmark and Sweden.

Leading global towage operator Svitzer Europe has announced that it has taken delivery of the first of two new specially designed icebreaking tugs from Med Marine to support its operations in Scandinavia.

After mobilising from our Eregli Shipyard, Svitzer Embla will arrive and start working in Sweden in the beginning of April 2021. Soon after, in the beginning of May 2021, the second tug - Svitzer Edda - will be delivered and start mobilising towards Denmark, where she will serve a large variety of customers throughout Scandinavia. Both ice-class tugs will strengthen the level of service that Svitzer provides to customers in Scandinavia and further reinforce Svitzer’s presence in the region.